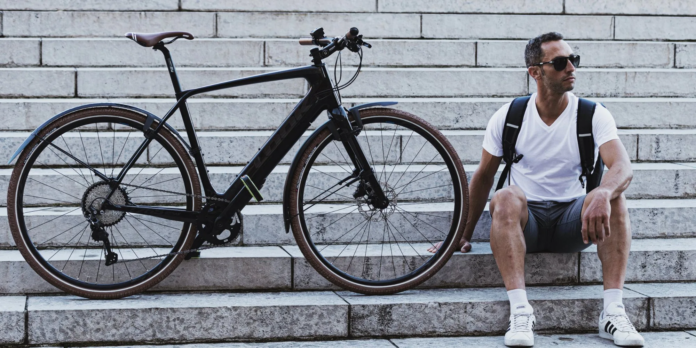 In recent years, electric city bikes have become increasingly popular for commuting in urban areas. Many cyclists find that e-bikes make riding up hills and long distances much easier, and can even help you avoid traffic congestion.

There are a few different types of electric city bikes on the market today. Some, like the Nakto, support both pedals assist and twist the throttle. Others, like the Stromer ST2, have a motor that assists you when you pedal.

No matter which type of electric city bike you choose, you’re sure to enjoy a smoother, easier ride than on a traditional bicycle. And with fewer cars on the road, you’ll be doing your part to help reduce traffic congestion and improve air quality in your city.

The Benefits of Electric City Bikes

Electric city bikes don’t produce any emissions, so they’re much better for the environment than cars or even public transportation.

Electric city bikes can help you get where you need to go quickly and without having to deal with traffic.

Riding an electric city bike is a great way to get some exercise while still getting around town quickly. And since you’re not sitting in traffic, you won’t be breathing in car exhaust fumes.

Riding an electric city bike is simply more fun than sitting in traffic or taking public transportation. And since they’re so easy to ride, anyone can enjoy them.

If you’re looking for a more efficient, healthy, and fun way to get around town, an electric city bike may be right for you.

The Cost of Electric City Bikes

Electric city bikes are not only getting more popular, but they are also getting cheaper. In fact, the cost of electric city bikes has dropped significantly in recent years, making them a more attractive option for commuters.

There are a number of factors driving prices down, including technological advances and increased competition among manufacturers.

The average cost of an electric city bike is now around $850, a far cry from the once-common $2,000 price tag. While it’s still a significant investment, it’s more manageable for many.

In the end, the cost of electric city bikes is a major factor in their popularity. As prices continue to drop, more and more people are turning to this eco-friendly and convenient option.

The Future of Electric City Bikes

Have you seen everything on two wheels? Grab your handlebars, because electric city bikes are about to revolutionize urban commuting.

With an electric city bike, you can say goodbye to a sweaty commute and embrace a smooth, relaxing ride. These bikes have a motor that gives you power as you pedal, so you can go up hills quickly and easily in traffic without breaking a sweat. And since they’re still pedal-powered, you can get some exercise on your commute and feel good about it.

Electric city bikes are perfect for busy urbanites who want to get around town quickly and efficiently. They’re also great for those who want to ditch the car or take public transport but don’t want to get to their destination sweaty and out of breath. The call for environmental protection is increasing, and the number of electric city bicycles is increasing, and it will become the trend of the future.

There’s no doubt that electric city bikes are becoming more and more popular for commuting in urban areas. They offer a convenient and efficient way to get around, and can even help you avoid traffic congestion. If you’re looking for an alternative to driving or taking public transportation, an e-bike is definitely worth considering.

Can I Use Regular E-Juice in Caliburn?

Delicious Ways to Use Your Milk Frother

Jerry - December 16, 2021
Electricity has become an essential need in our daily lives. We need it to power our home appliances, mobile devices, computers, laptops, and even...

Benefits of cleaning with a cold pressure washer

How to Choose the Best Camping Tent for Glamping?

How to Choose the Best Automatic Pet Water Fountain